I was surprised by how taken with the film “Shady“, especially the performances of the lead-actresses and the skill of the writer and director. This post is full of random things connected to like how to pronounce the name of the lead actress and so forth. Researching these guys made me appreciate how talented they were (after doing this I’m intrigued enough to try my hand at writing about Fumie Nikaido and Shota Somatani). It’s interesting to know these things but hard to put them in a review without going off on a tangent. It’s info on the director and the two lead actresses. 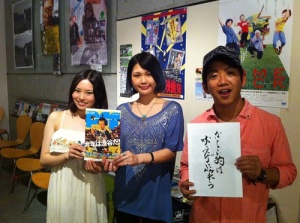 The director of “Shady” is Ryohei Watanabe. 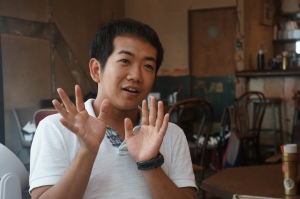 He can put his days as a bit-part actor to rest because his directorial debut, “Shady” has picked up major plaudits and an international release. As my review states, he has earned these things and he has now made the leap to the stars since he is one of the writers and directors of “Sailor Zombie“, starring AKB48 girls as a group of school girls in sailor suits who survive a zombie epidemic by using music… If that sounds dodgy, things get more confusing since he is helping the talented veteran Isshin Inudo (“Zero Focus”, “Josee, the Tiger and the Fish”) so it’s best not to dismiss it just yet… 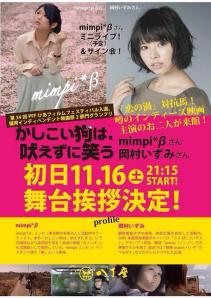 Izumi Okamura is an actress who started her acting career after graduating from Keio University and debuting in 2009.

In terms of films, she has started off with a mixture of harmless and interesting projects, two of which I will give as examples! She has appeared in the short-film Camera Girl (2011).

She has also appeared in the feature-length “Come As You Are“/”Soro Nante Kudaranai”  (2011)  NSFW trailer:

In terms of her television work, she is scoring major points. So far, she has appeared in the hit detective series “Aibou”, (in series 11 which ran in 2012-13) and can currently be seen in the TBS series “Dark System“.

That’s a pretty good start. What about her co-star?

Well how does one pronounce her name? The name “mimpi” comes from the Indonesian word for “dream” and the β is beta which is meant to signify that she is “on the rise”. She’s actually a musician from Tokyo.

Go to her website if you want to hear more of her stuff since it has videos of her performances such as this one which was utilised in “Shady” for the theme.

You can find more of her work under her previous stage name Mimpi Berjalan (berjalan means “to walk”).

Her career is on the rise since has played at many concerts at places like Zepp Tokyo and appeared alongside more established theatre troupes like The White Tigers.

No word on any other films she might be working on.

The two actresses took part in a webchat with the Tama Cinema Channel (which is in Japanese). I look forward to seeing more of the work of the three of them!

If I’ve made any mistakes or if you have any information on these girls, feel free to let me know.

“Shady” is released next week!

One thought on “Shady – Random Things Connected to the Film…”