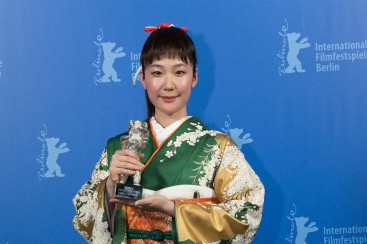 I want to start this post by congratulating Haru Kuroki who won the Silver Bear for Best Actress at this year’s Berlin Film Festival for her performance in Yoji Yamada’s Little House. Head over to the BBC website to see her reaction in a video which is adorable and very Japanese.

This week was all about getting information about the Japanese films playing at the Berlin Film Festival out to the wider world and putting up the review of the first new film I saw in 2014, All is Lost. I hope to have my review for 12 Years a Slave up next week and get the rest of the BFI London Film Festival reviews posted (two large ones which I’ll try and edit down to something more accurate, brief and concise) and start in on the Japan Foundation Touring Film Programme.

The second trailer post of the week rounds up the trailers and the documentaries. Hello! Junichi is the big drama here and it is surrounded by lots of 3/11 documentaries. Here they are! Let’s go! 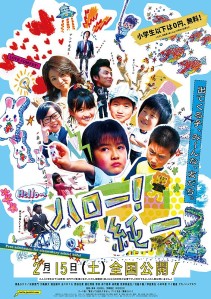 Hello! Junichi is a film that follows the lives of a group of people in a small village including 6 elementary school students and a university student (Mitsushima) apprenticing as a teacher in their school. 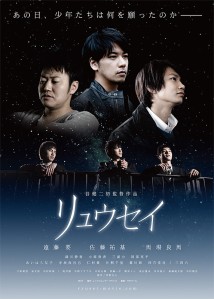 Ryusei is a drama about three friends in Nagano and the different paths in life they take. When Kyo (endo), Ryuta (Sato) and Haruhiko (Baba) were in middle school they saw a meteor and life seemed so full of promise. Twelve years on and Kyo has quit his band and works at a bar, Ryuta has moved to Tokyo where he works in a nightclub and Haruhiko is heavily in debt and needs his parent’s help. Their lives will soon change… 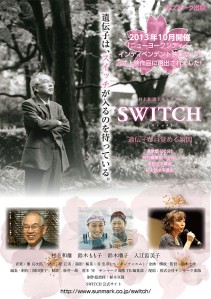 The award-winning geneticist Kazuo Murakami had this film about him made back in 2011. He is a man who travelled to the US and launched a meteoric career in the field which culminated in him decoding the human enzyme renin. More recently he has linked genetics to spirituality and suggested that the power of positive thinking can activate ‘positive genes’ and potentially turn us into geniuses. I’m all for positive thinking! Go Yamada sees to be a guy who once owned a business but lost everything, including his house, but worked hard to maintain a baseball team made up of boys who dropped out of high school. The film crew follow him as he tries to raise funds. 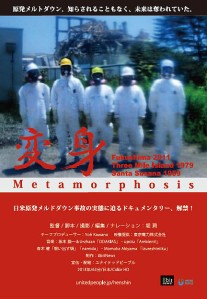 Jun Hori is a former NHK announce and founder of the 8bit News organisation and director of this documentary which draws links between nuclear accidents in Japan and the US. He interviews people about topics like radiation exposure. 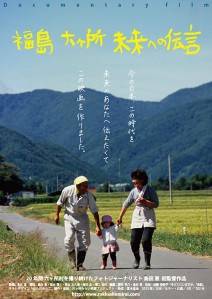 Photographer Megumi Shimada takes her camera and documents the continued struggle of people living with the aftereffects of the March 11th earthquake and tsunami. More specifically, some families in Fukushima and Rokkasho who were affected by the disaster at Fukushima Daiichi nuclear power plant, farmers, fishermen and people suffering from te effects of radiation. 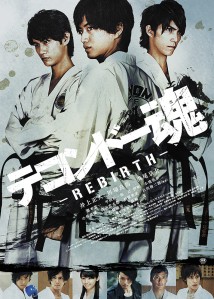 Holy crap! Taekwondo is magic! In this film we see a bunch of guys training for the All Japan Taekwondo championship. Lead character Toshimichi is meant to take over his father’s dojo and hopefully inherit the title of Taekwondo champion of Japan but disasters and enemies strike while he trains in a forest. Plus some yakuza show up thanks to Toshimichi’s brother.