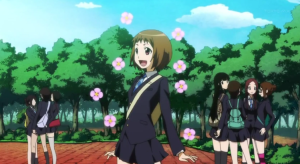 Welcome to the first of two trailer posts to cover a weekend where there are about thirteen new Japanese films released. I’ve mixed the films up about to place the low-budget dramas, documentaries and super-sentai shows together with the big budget anime/manga adaptations and the star studded titles so there is a nice mix of titles for everyone. There are some great titles released this weekend like Au revoir l’ete which stars the ace actress Fumi Nikaido and is going to play at this year’s Rotterdam Film Festival and lots of dramas in tomorrow’s post like Bilocation, Futaridetsukuru, and Plastic Love Story. 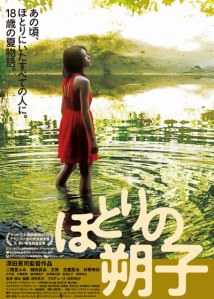 Fumi Nikaido takes the lead as a girl named Noriko who is preparing to take her university entrance exam and on the advice of her aunt Kie (Tsuruta) stays over at a relative’s house where she meets her aunt’s childhood friend Usagikichi (Furutachi), his daughter Tatsuko (Sugino) and his nephew Takashi (Taiga) who is from Fukushima. A great cast of actors and an intriguing trailer have me interested in this one. 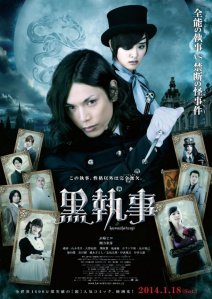 Warner Bros. Japan strike again in an adaptation of a manga for girls! This is the live-action adaptation of Yana Toboso’s manga but it deviates considerably since the original was set in 19th Century England. I have not read the manga but this looks reasonably entertaining.

The year is 2020 and the place is an Asian city where western and Asian cultures mix. In this society exist the ancient English aristocratic Phantomhive family and it’s a very traditional one (especially for 2020!) where only males can run the family business. Alas, the only person available for the job is a woman named Shiori (Gouriki) who dresses as a boy and takes the name Kyoharu and takes on the job of solving cases for the Queen who now rules the Western nations who wants to unify the world. Cases like a “Serial mummified murder spree” and the disappearances of women. Shiori finds evidence that links the two together but requires the help of her demonic butler Sebastien (Mizushima) who is awesome in every aspect from cooking to good looks but comes with the downside of devouring Shiori’s soul!

The Story of CNBlue Never Stop 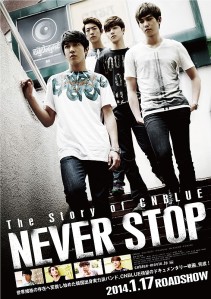 CNBlue are a rockband from South Korea who went to Japan to make it big and this documentary follows their performances and passion! 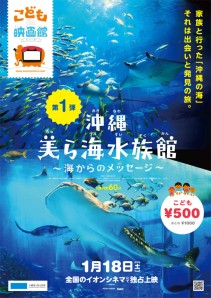 Aah, here’s a film set in the Okinawa Churaumi Aquarium designed for parents and children to enjoy together. Viewers get to see some beautiful creatures on the big screen. 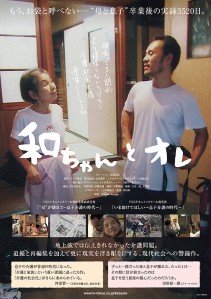 Every developed country in the world is facing the problem of ageing baby boomers and slowing birth rates and Japan is no exception as this film shows. It aims to shed light on the situation through the story of a son who takes care of his mother who has dementia. 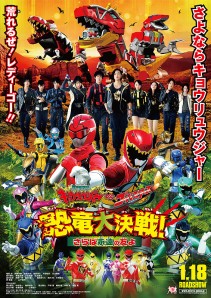 This is what Samurai Flamenco has now become. I weep for the show I once loved. Anyway, this looks like good fun for fans of super sentai shows with plenty of action and special effects. If only I caught the bug when I was a little boy… It is directed by Koichi Sakamoto who has lots of experience directing and producing these films and was once a blue ranger.