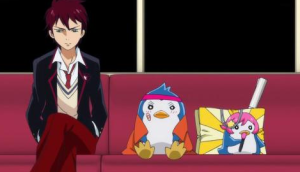 This is the second trailer post of the week following on from yesterday’s. Christmas days is less than a week away and I’m getting excited over the event and, as mentioned yesterday, a week off to watch anime and films. One of the things I intend to watch is Moteki. It’s a recommendation from my friend Tired Paul since it’s the prequel to the movie Love Strikes!, which will be one of the films that I’ll see in the Japan Foundation’s Touring Film Programme 2014. It’s a prequel and having that knowledge will be good. I’ve been trying to keep up with my Christmas posts by ploughing through a lot of horror film reviews and part of that effort was the review for the mumblegore title You’re Next! At the end of the month, Third Window Films will release the Shinya Tsukamoto film Bullet Ballet.

Enough about me, here are the rest of the films released in Japan this weekend: 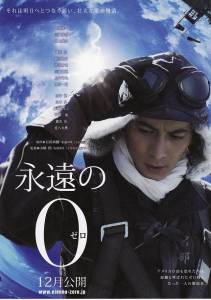 A young man named Kentaro Saeki (Miura) has failed his bar test yet again. Confused about life he begins to research his family with his older sister Keiko (Fukiishi). They focus on their grandfather Kyuzo Miyabe (Okada) who fought in the Pacific War. He was a man scared of death and obsessed with life who volunteered to join a ‘special forces’ squad but as they encounter old colleagues of his they find a dark secret kept hidden for 60 years… 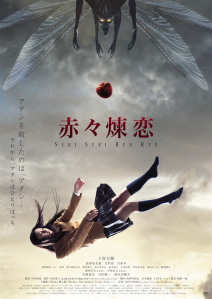 Juri (Tsuchiya) was a high school student prior to committing suicide. Now she’s a wandering soul trapped on earth wandering around her old house, school and streets. She feels great loneliness because nobody responds to her presence. When she sees a horrific creature that tempts people to commit suicide she dubs it “Bug Man”. When she finally meets a girl who can see her Juri is happy and the two play together. She calls the girl Ringo (Nishino) but the happiness she feels is shattered when she sees the girl’s mother is haunted by The Bug Man… 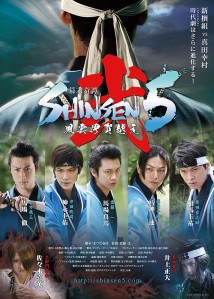 This is the sequel to Bakumatsu Kitan Shinsen 5 – Kengo Korin where five handsome men pick up swords and battle stuff. I really have no idea what’s going on. 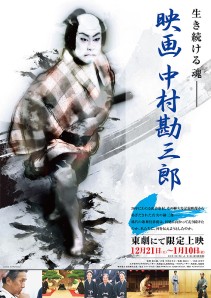 This is a documentary about the kabuki actor Kanzuburo Nakamura who passed away suddenly last year in December. He was passionate about spreading the art of Kabuki to an international audience and a younger generation and his skills as an actor are caught in this documentary which uses over 7000 hours of recorded video!

Cutie and the Boxer 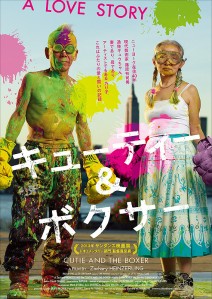 This American documentary tells the story of an ageing New York-based male Japanese artist named Ushio Shinohara whose glory days are behind him and his wife Noriko who, having previously been ignored by critics as being his assistant, is now finding fame as an artist in her own right. He finds it hard to cope with the changes but comes to see her in a different light as she gains a new identity. It’s an insight into the art scene of New York from the days of Pop Art and Andy Warhol to now. 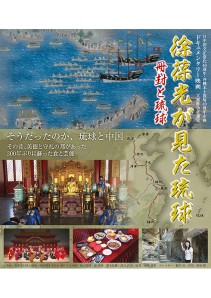 This is a documentary about Jo Houkou, a Chinese officer in the 18th century who visited the kingdom of Ryuukyuu as a vice president of a delegation team and wrote famous works which are precious historical sources giving information about ancient Ryuukyuu at that time. The film traces his journey with interviews of historians and reproduction scenes. The film also explains plainly about Ryuukyuu, China and Japan at that time. To look back the history of Ryuukyuu which ran their diplomacy with courtesy and virtue not just military power, the film tries to reconsider current events involving Japan and world. 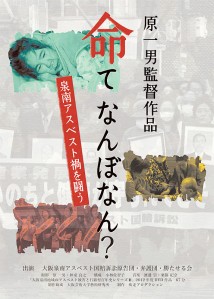 In Japan there are a number of lawsuits over the affects of asbestos that companies used. Former workers who weren’t protected have developed diseases like lung cancer. It has taken years for the cases to be seen through but a judgement will be reached on December 25th and this documentary records the events. To find out more, head over to the English ‘About Page‘.