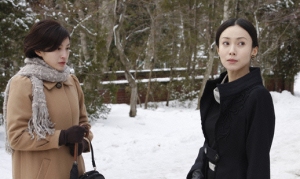 The first trailer post for December is a continuation of my breaking the weekend releases into two posts because there are usually a lot of releases for readers to wade through. I would normally chuck every trailer into a single post and hope that the big titles draw visitors in and they take note of some of the documentaries and smaller, more obscure projects. Perhaps I’ll start highlighting the more interesting films from the weekend on the Friday and the rest on the Saturday or maybe vice versa. Just like previous weeks my translations remain sketchy. Fortunately info on these releases was easy to find and I have provided website links. Enjoy.

Ask This of Rikyu 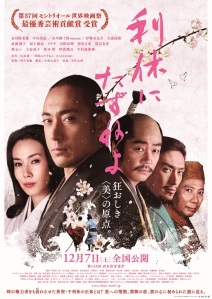 Ask This of Rikyu is a historical drama set in the 16th Century and is about a man named Sen no Rikyu (Ichikawa) who grew from being the son of a fish shop owner to a master of the Japanese tea ceremony thanks to his studies. He comes to the attention of the most powerful man of the period, Hideyoshi Toyotomi who, due to circumstances, asks him to commit seppuku.

A Girl in the Apple Farm 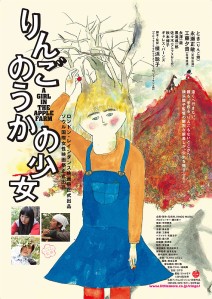 Satoko Yokohama is a female director who I am unfamiliar with. She first came to my notice due to her inclusion in this year’s Raindance Film Festival and when her film Ultra Miracle Love Story was featured in a trailer weekly by Alua. This short is her latest title and it looks to be a quirky title about a 14-year-old named Rinko (Toki) who lives on the family apple farm but decides to run away. 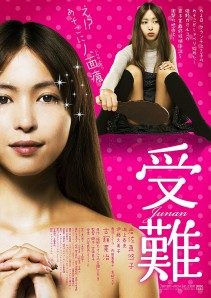 As far as weird concepts go I have read and seen weirder but this one still gave my stomach a little flutter. It all centres on Francesca (Iwasa) a woman who grew up in a monastery and now lives life as an extremely lonely woman curious about sex and relationships between men and women. One day she notices a bump in her genital area that resembles a human face… Looks kind of fun… FRANCESCAAAAAAA

Lupin the Third vs. Detective Conan the Movie 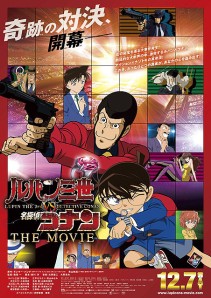 LUPIN IS BAAAAACK!!! And as funky as ever. The two most important figures in (anime/manga) crime meet! Lupin tries to outfox Inspector Zenigata and Inspector Megure to steal the Cherry Sapphire. There’s one hitch in his plan. He’ll meet Conan Edogawa! Edogawa learns that Jigen, Lupin’s loyal friend, has slipped into the entourage of the popular idol Emilio who will be attending a live event connected to the Cherry Sapphire!

6 thoughts on “Ask This of Rikyu, A Girl in the Apple Farm, Passion, Lupin the Third vs. Detective Conan the Movie Japanese Film Trailers”