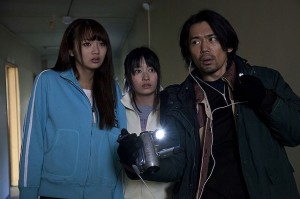 This week has been one of getting back into a new work routine – different hours but I have made a start with my anime picks from the autumn season. I have started with Log Horizon, Coppelion, and Beyond the Boundary. In film terms I watched the live-action Rorouni Kenshin on Monday and it was pretty awesome.

The posts this week consisted of previewing films at the Leeds International Film Festival, the London International Animation Festival and giving my final thoughts on Attack on Titan.

Here are the trailers for the films released this weekend (trailers and synopses are brief due to a lack of time and way too many things happening): 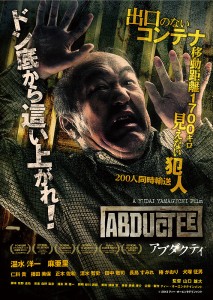 Atsushi Chiba (Nukumizu) is a middle-aged father who would never have thought that he would be kidnapped and stuck on a container ship tied up and surrounded by other people. With his mobile phone, a number tattooed to his hand and a black stone, he must figure out what is going on.