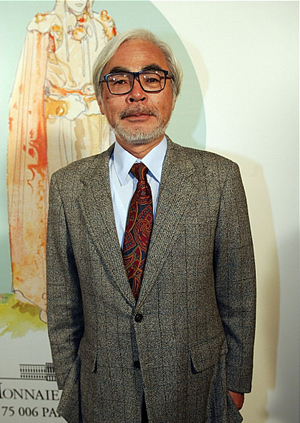 Today was supposed to be the start of a Kiyoshi Kurosawa season but news that Hayao Miyazaki is retiring from making feature films broke yesterday and I have to post about it. According to an NHK report as seen on Anime News Network, during a press conference at the Venice Film Festival on Sunday, Studio Ghibli President Koji Hoshino announced that “studio founder and world-renowned anime filmmaker Hayao Miyazaki will “retire from the production of feature-length films.””

I wrote about this briefly yesterday on the Scotland Loves Animation post but a sentence doesn’t seem fitting for a person who has achieved so much and made so many films I love. At 72-years-old and as one the most critically and commercially successful anime directors (the most successful?), Miyazaki has had a huge impact. He brought so many great works to the screen and was able to connect with both children and adults. His impact can be considered larger because thanks to the appeal of his films he has made anime more exportable. People come to the medium thanks to titles like My Neighbour Totoro.