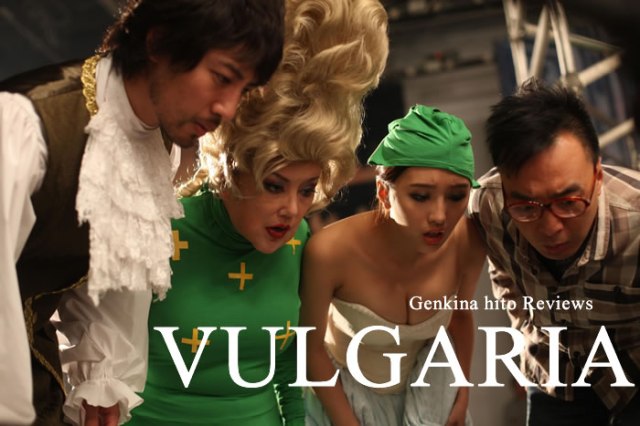 The film starts with on-screen text and a narrator offering a disclaimer:

Your attention please. This film has been classed as vulgar comedy. It contains high amounts of coarse language, adult themes, political incorrectness, discrimination and sexual situations.

They should also add it is bloody funny. 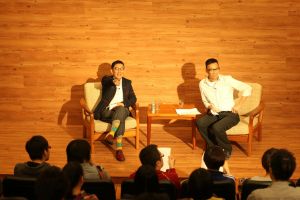 The film is told in a non-linear fashion as a series of flashbacks initiated by To Wai-Cheung (Chapman To Man-chak), a movie producer who is giving a Q&A at a university. The first question from the student body is,

“What is involved in being a movie producer?”

This is met with a neat bit of comedy and bawdiness that sets the tone of the film as he compares the role of the producer to pubic hair in as much as both reduce friction between different bodies in a creative process.

His self-effacement and cynicism probably comes from the fact that he is on a pretty low rung of the Hong Kong film ladder as he has yet to produce anything resembling a hit and he has been reduced to making Category III films. He is also financially in trouble and is so broke he is forced to witness his production company’s offices become the sight of raunchy photo-shoots and he is unable to pay alimony to his rather bitter ex-wife (Kristal Tin) and support their daughter. Things aren’t all bad since he has a new title which he reveals during the Q&A, a sequel of the 1976 title Confession of a Concubine.

We witness the process of making a film thanks to the Q&A format and the script’s disjointed nature. A series of asides detail To starting at his lowest point as an out of work producer, trying to rustle together funding from an investor from mainland China named Tyrannosaurus (Ronald Cheng), who just happens to be the head of a Guangxi triad gang and a man who has very 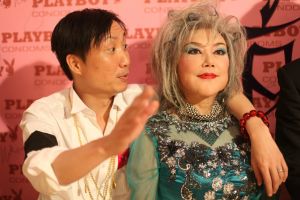 particular tastes in food and sex. Indeed the whole sequel to the classic concubine film is his idea and just to make things more awkward he demands that To cast his childhood idol, the original star of Confessions of a Concubine¹, Yum Yum Shaw (Susan Shaw) even though she is in her 60’s. Ever the professional producer To agrees and drops any reservations, adopting the motto, “You invest we shoot!”