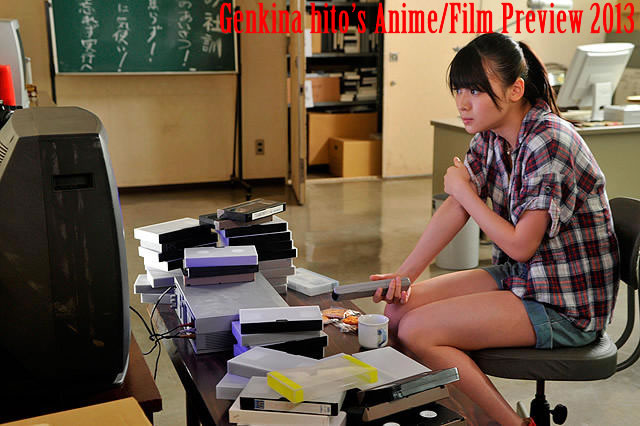 2012 was an extraordinarily great year for Japanese film fans in the UK what with the film festivals getting awesome titles like Ai to Makoto and Key of Life as well as Third Window Films releasing a plethora of classic and new titles like the Tetsuo boxed set and Kotoko(which turned out to be a group of very popular posts for this blog) and supporting Sion Sono’s latest releases. That was just on the live-action front because Kaze have shown some gumption in acquiring the rights to the Berserk movie trilogy and even going as far as giving them a theatrical release!

What are the films we should be looking forward to in the next year? Well this is hardly an exhaustive list but I hope to give a heads up as to when some great titles are about to drop!

Third Window Films (TWF) have built up an impressive catalogue of titles, turning away from big-budget flicks (apart from Villain) and focussing on indie titles. There are a great selection of Sion Sono films like Cold Fish and Himizu available from them as well as titles like Kamikaze Girls and Fine, Totally Fine and I have not mentioned some of the Korean films they released like Guns and Talks, No Blood, No Tears (expect another Korean movie season with reviews for them!). Quite frankly, if Third Window Films did not exist Asian movie fans in the UK would be quite bereft of sources for some of the best and up to date films coming out of the Far East.

The first two major titles that have caught my eye (and got a post) are Eyes of the Spider and Serpent’s Path (released on June 24th) from the genius that is Kiyoshi Kurosawa. I would like to think that a brief post-Himizu screening chat with Adam about Kurosawa’s films prompted him to pick up the rights to the films but that would be too

fanciful. Anyway these two films were low-budget gangster revenge films films that Kurosawa made two weeks with the same cast. Both films feature notable actors Sho Aikawa, Teruyuki Kagawa, Dankan and Yurei Yanaga, all three of whom would pop up in later Kurosawa films (Aikawa had a cameo as a priest in Séance Dankan appeared in Pulse while Kagawa provided a stunning lead performance in Tokyo Sonata.

I still cannot find a trailer for either Serpent’s Path or Eyes of the Spider despite searching in English and Japanese. I will have to emigrate to Niconico. Anyway, I keep threatening to purchase Kurosawa’s unerotic pink-film and I might just as it is available…