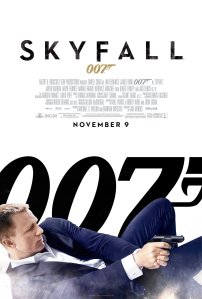 Skyfall comes at an interesting time as it marks the 50th year of the Bond franchise and it follows the disastrous Quantum of Solace which. Skyfall has to be good as it is under assault from modern spies like Jason Bourne who just feel more relevant. How good is it?

Istanbul, James Bond (Craig) is on assignment with fellow field agent Eve (Harris) tracking down a computer hard drive which contains the identity of almost every NATO agent embedded in terrorist cells around the globe. Things go wrong when Bond is wounded and falls into a river leaving M (Dench), back in London, with an agent down and major security headache all while she is being pressured into retirement by the Parliamentary security committee chairman Gareth Mallory (Fiennes). Then MI6 headquarters is attacked during a cyber-terrorist assault on British Intelligence. With events spiralling out of M’s control Bond comes back, joining forces with the new Q (Whishaw), to track down the person behind the attack, first heading to Shanghai then to Macau where he meets Severin (Marlohe), a woman who knows about the plot and how it is linked to a man named Raoul Silva (Bardem).

I have to admit that I am not the biggest fan of Bond. Despite being British and having watched every film in the franchise I always found the fantasy elements and the thin characters rather dull. There was never any sense of jeopardy and the stories were increasingly irrelevant. I soon switched to the Bourne trilogy of films. When Casino Royale was released it introduced a new Bond in the form of Daniel Craig and it replaced the silly gadgets and outlandish plots with gritty realism and gripping character drama. I loved it. Then A Quantum of Solace was released, a film that had a lot on character but awful action, a boring villain and a dull plot. Once again I lost interest. Thankfully Skyfall manages to resurrect the franchise by bringing everything back to basics, back to M and MI6 and back to Bond himself.

The film feels more relevant than other Bonds. Gone are the invisible cars and exploding pens and in comes a cyber-terrorism plot linked to the characters and Britain’s history. While a bit fantastical it is less far-fetched than the franchise is used to.

The direction of the film was placed in the hands of Sam Mendes, a man whose background on stage and previous films like American Beauty shows that he can do character while his work on Jarhead and Road to Perdition shows he can shoot an action scene. He gets off to a brilliant start with a thrilling chase through a bazaar in Istanbul on bikes then a furious punch-up on a train. The film is full of numerous exciting fights and chases and each are shot well, even beautifully at times, and at the centre of all this chaos is Craig. 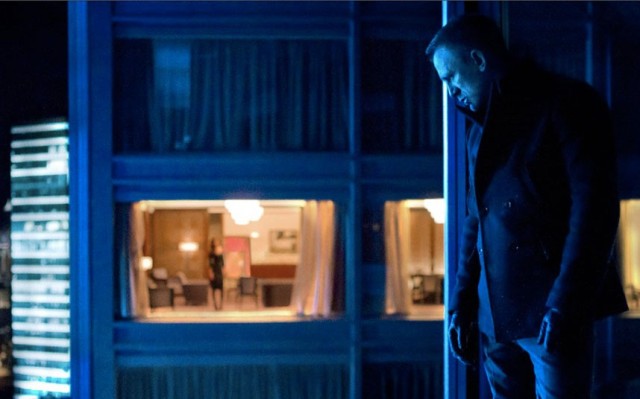 He has to be my favourite Bond. While the older incarnations seemed too charming, too slick and too gentlemanly, Craig looks like he can kill. He is a mixture of Anglo-Saxon brute and smooth-operator. His Bond can psychoanalyse people using Holmesian powers of deduction and knowledge and his Bond can take a punch as seen in conversations, scenes where he outwits opponents and in the brutal fights where he takes damage and deals it out. That he looks awesome in a tuxedo and gets the gorgeous girls all adds to his glamour.

Thankfully there is more to him than this. Indeed, all of this spy-craft seems to be wearing Bond out and we see him have to claw his way through complex emotions surrounding his work and his relationship with M brought on by being exhausted both mentally and physically and having to deal with the fact that he is expendable and quite mortal. He could walk away from his job but he continues and this exploration of his character and his motivations is intelligently handled. That it is linked to Britain’s national image is shown in a magnificent sequence which cross-cuts Bond chasing Silva through London with M quoting Tennyson.

Craig is supported by a great cast. Judi Dench’s M is the picture of British officiousness but despite the grit she is just as vulnerable as Bond and the shocks of the plot are linked to her history. She and Craig have great chemistry with witty put-downs and one-liners used to cover up their genuine concern for each other. There is a brilliant villain in the shape of Javier Bardem’s Silva who

reminds one of Anton Chigur with his bad hair but is mostly mad. His slippery nature and obsessiveness are believable and watching him antagonise M and Bond is gripping thanks to a big performance which makes him memorable as a Bond villain. The Bond girls are sexy without being reduced to dolls with ridiculous names that they were in previous films. They are equals to Bond. They are emotionally complex, aggressive and professional players who play an important role in the film and are not just eye-candy and they have their own character-arcs and draw empathy.

Cinematography by Roger Deakins is absolutely gorgeous. It only struck me how good it was during the Shanghai segment where the neon signs and the sheen on the glass and metal surfaces and all those bright shiny towers looked so exquisite I could feel the money. The interiors thing reminded me of the gorgeous gold and black like the videogame Deus Ex. Something else that reminded me of that videogame was the soundtrack be Thomas Newman which mixes classic John Barry Bond themes with a sleek and expansive modern electronic edge. The best music has to be heard on Severin’s boat. It is overwhelmingly luscious and grand and a reminder of the best in the franchise.

Overall this has to be my favourite Bond. It is a mix of the best of Bond and gritty, sexy, believable, relevant and fun. The acting is pitch-perfect and its focus on character gives it real depth and heft which other entries in the franchise lacked. It is a modern Bond for a modern age and one of the best action films of recent times… heck, I think it is one of the best action films of all time because I can see me watching this more than Terminator and the Bourne trilogy of films.