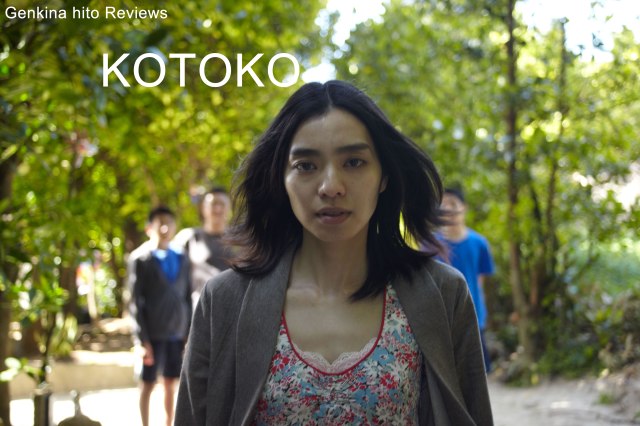 Kotoko is the latest film from Tsukamoto which is released on the same day as the Tetsuo set. It stars folk-singer Cocco in her movie debut and she puts in a phenomenal performance which powers the film as it gives the audience a taste of mental illness and a traumatic kick in the guts.

Kotoko (Cocco) is a young single mother who lives alone with her baby son. Suffering from an unknown illness that makes her see doubles of people and not knowing which version of the person is real, it severely impacts her day-to-day life, often leading to her lashing out violently. The only time she does not see double is when she is singing. As her situation worsens and she becomes a liability her son Daijiro is taken from her and put in the care of her sister. Kotoko is left alone with her own thoughts and is at a loss as to how to get Daijiro back. Then a man named Tanaka (Tsukamoto) enters her life when he hears her singing on a bus trip and finds something awoken inside himself. Tanaka is a novelist with a hit title called The Man Who Brightened the Moon in bookshops but he leads a lonely life. Despite initial rejections he persists but Kotoko’s mental state is not getting better.

Comparing Tsukamoto’s early works like Tetsuo: The Iron Man and Tokyo Fist with his later works like A Snake of June and Vital shows a marked change in his approach. The all out visual assault, boundless energy, extreme horror and violence are gradually lessened and his editorial techniques are used much carefully over his filmography as more contemplative and humanistic tales become Tsukamoto’s focus. Kotoko, being the latest, uses the medium of film to track the psychic and mental traumas a character suffers and it carefully uses violence and editing techniques to help convey these traumas.