Asian film fans across the UK have the opportunity to see some of the best new titles to come out of Asia when a choice selection from the Terracotta Far East Film Festival show up at Manchester, Bristol, Nottingham, Brighton and London. Here are the details:

For the first time in its four year history, Terracotta Festival is expanding its successful London residency of current Asian cinema showcase to selected venues in the UK.

The touring festival will kick off at the Cornerhouse cinema in Manchester on September 19th, followed by the Watershed in Bristol and will continue through October at the Genesis in London as well as dates in Brighton and Nottingham. More cities will be announced on the festival website.

Organisers are bringing a shortened programme of five contemporary films offering a taster of the best in current cinema in the Far East.

There will be two Japanese films, including Isn’t Anyone Alive? which marks the return of Sogo Ishii to filmmaking after a 10 year absence, and crowd-pleasing comedy The Woodsman and the Rain. Also in the line-up, two Korean films of different genres: pan-Asian WW2 blockbuster My Way and dark animation The King of Pigs. And the docu-drama Return to Burma which gives the audience a rare insider perspective into ordinary life in this fascinating and topical country. 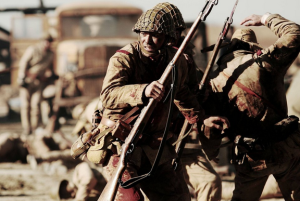 The most ambitious and expensive film coming from South Korea directed by box office champion Kang Je-Kyu (Brotherhood: Taegukgi, Shiri), My Way is an explosive epic war drama spanning Japan, Korea, China, Russian gulags and the beaches of Normandy, packed with high octane action and heart-breaking emotion that tells, for the first time, the story of the Second World War from a Korean point of view. It stars Joe Odagiri (Bright Future, Adrift in Tokyo) and Jang Dong-Gun (Nowhere to Hide, Friend, The Warrior’s Way). It was one of the official selections at the Berlin Film Festival 2012 and the opening film for this year’s Terracotta Far East Film Festival. 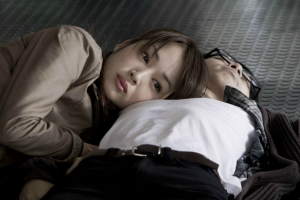 Gakuryu Ishii aka Sogo Ishii has been amusing us with his talent of totally overstepping genre boundaries with striking images and music like Crazy Thunder Road and the twisted serial-killer films Angel Dust. In his latest feature film he has adapted the Shiro Maeda play Isn’t Anyone Alive, an avant-garde story of 18 young students dying one after another. It stars Shota Sometani (Himizu), Rin Takanashi (Goth: Love of Death), and Jun Murakami. It was part of the official selection Edinburgh Film Festival 2012 and appeared at the Fantasia Film Festival 2012 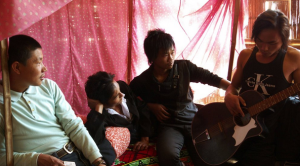 After decades of military rule, Burma has finally held its first presidential election. Many Burmese living abroad believe that peace and prosperity will soon follow. Wang Xing-Hong, who is living as an immigrant labourer in Taiwan, comes back. He feels like a stranger in a foreign land with the bleak employment and social situation there. This docu-drama shows scenes of every day life in an insular country which, this year, finds itself in the international spotlight. It was part of the official selection Rotterdam International Film Festival 2012 and appeared at the Los Angeles Film Festival 2012 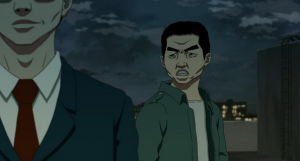 After his business goes bankrupt, a man kills his wife impulsively. Hiding his anger, he seeks out his former middle school classmate. For the first time in 15 years they meet and hiding, their own current situations, talk about their school days. At school, they were classified by their wealth and grades. Both at the bottom of the pile, they were known as the “pigs” and were bullied by a ruling class of “dogs”. This bullying led to a harrowing incident at the school, and they return to the site where the most shocking truth of what happened there is finally revealed. This was part of the official selection Edinburgh Film Festival 2012.

THE WOODSMAN AND THE RAIN 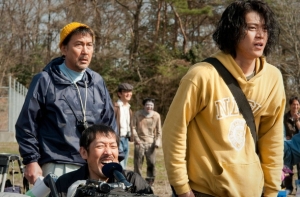 I am a major fan of Koji Yakusho as evidenced by the fact I admit as much in nearly every review of a film he stars in (mostly Kiyoshi Kurosawa ones like Cure and Retribution). I have been following this film since its release in Japan and was happy to see Third Window Films pick this up. Katsu, a 60 year-old lumberjack, lives in a small, tranquil village in the mountains. When a film crew suddenly arrives to shoot a zombie movie, he finds himself unwittingly roped into assisting the production. However, an improbable friendship soon develops between Katsu and the young director Koichi, as he comes to see joy in the filmmaking process, and gradually helps Koichi to recover his sense of self. Soon, their bond inspires an unusual collaboration between the villagers and the film crew.