One of the reasons for my Shinya Tsukamoto season is the fact that Third Window Films are releasing three of Tsukamoto’s films next month. Earlier this week I gave the details surrounding the rather excellent looking re-release of two of Tsukamoto’s earliest and most critically acclaimed films, Tetsuo: The Iron Man and Tetsuo II: Body Hammer, which comes in a two disc set with brilliant extras. The third film to get a release is Tsukamoto’s latest, Kotoko which got its world premiere at last year’s Venice Film Festival where it won the Orizzonti award for full-length films, the only Japanese Film to ever win the ‘Best Film’ award in the Orrizonti of the Venice Film Festival. Here are the details: 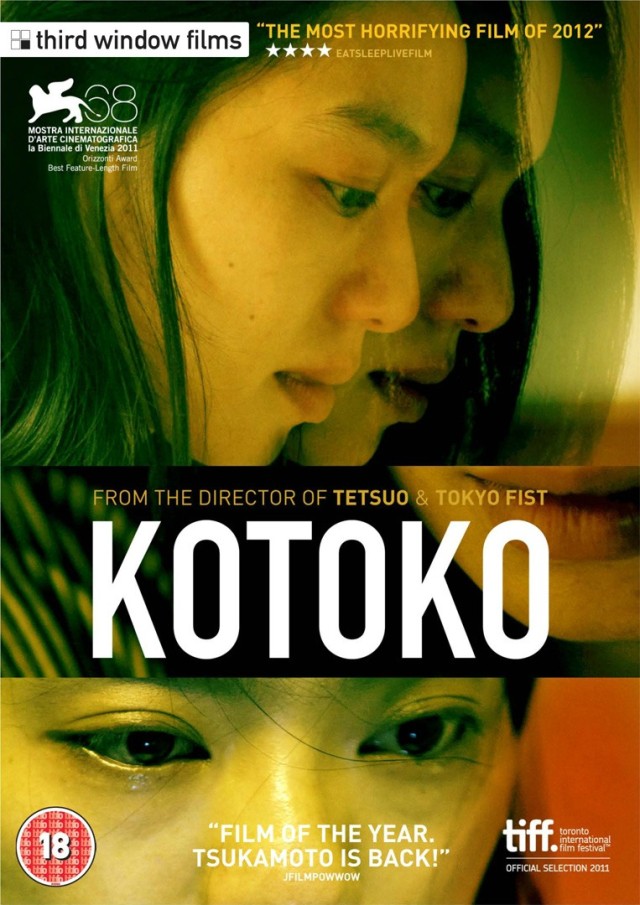 A film by Shinya Tsukamoto (Tetsuo, Snake of June, Vital)