Last year I spent all of September reviewing films from my favourite filmmaker, Kiyoshi Kurosawa. I had a great time because Kiyoshi Kurosawa is a genius! Since then I have embarked on two Sion Sono seasons. Now, I am embarking on another one. Yes, dear reader here is another season with another strange season banner! 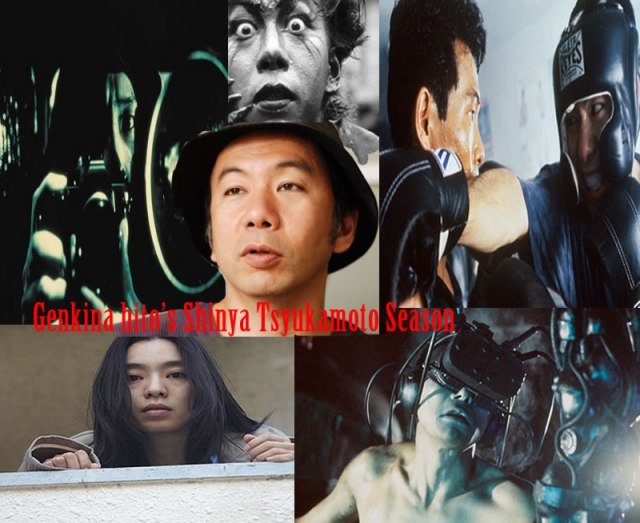 Shinya Tsukamoto. He is one of those directors who actually uses the medium of film to make something interesting, challenging and intelligent. And bloody scary. I would compare him to David Cronenberg as he has created stories in a horrid metropolis which threatens to crush characters. Stories involving broken sexual fetishists, the transformative power of dark psychological impulses and body horror and general nightmare situations that see him pull out the rotten weaknesses of the human psyche and inventively displays them. As well as being a director, he is also an actor who frequently appears in his own films and those of others. 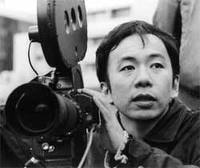 Born in Tokyo on the 01st of January, 1960, Tsukamoto began his career as a filmmaker as a teenager, making Super-8 films ranging in length and topic.

His nascent film career was put on hold when he would enrol in the Fine Arts Department of Nihon University. He graduated in 1982 and took up a career in advertising before he started the experimental Kaiju Theatre Group in 1986 which included Kei Fujiwara, Nobu Kanaoka, and Tomorowo Taguchi who would go on to work with Tsukamoto on a number of his films as well as make notable films of their own. During their time together they made a production called The Adventures of Electric Rod Boy which inspired them to turn it into Super-8 film. This sci-fi tale involved a boy who has a pylon sprouting from his back who battles cyborg vampires. This human/machine mix would next see life again in Tetsuo: The Iron Man in 1988 which was a production shot on 16mm in black and white and involving his Kaiju confederates. This film became a cult classic around the world and is considered an example of Japanese cyber-punk.

Tsukamoto would follow this up with the more mainstream horror Hiruko the Goblin in 1990 which involved a chap hunting a demon from hell who stole his girlfriend’s head. Then, in 1992, came his update of Tetsuo, which goes under the name Tetsuo II: Body Hammer. This one had a bigger budget and was shot in colour on 35mm. Tsukamoto went back to something far more normal in 1995 with Tokyo Fist which is the story of a meek salaryman and a disturbed boxer, two ex-childhood friends linked by a traumatic incident, who battle over the salaryman’s wife.

In 1998 he filmed Bullet Ballet, a psychological noir about a man who becomes obsessed with the idea of committing suicide in the same way his girlfriend did by acquiring a gun but this puts him in conflict with a gang. Gemini (1999) was an adaptation of a Edogawa Rampo story about a country doctor who meets his doppelganger and finds his life stolen by him, his amnesiac criminal wife falling under the doppelganger’s power and the doctor himself is rendered powerless to do anything.

A Snake of June (2002) involves another love triangle where a woman played by Asuka Kurosawa is blackmailed into performing sex acts in public against her husband’s will until he begins to take an interest in it. Amnesia and a love triangle emerges again with his 2004 film Vital which involved Tadanobu Asano’s amnesiac medical student getting to grips with a girl who likes him as he opens up his memories of his ex-girlfriend. 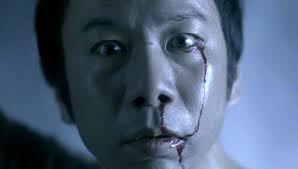 named “0” who also has the same ability but uses it for evil.  There was a sequel made in 2008 but Tsukamoto would return to the title that made his name with Tetsuo: The Bullet Man in 2010, his first film in English and one that is almost identical to Tetsuo II. On the 8th of September, 2011 he premiered Kotoko at the Venice Film Festival, a psychological drama about a single mother pushed to emotional extremes by her body and mind who risks losing her child as her emotions threaten to destroy her.

This season comes ahead of the release of Kotoko and the re-release of Tetsuo: The Iron Man and Tetsuo II: Body Hammer on Blu-Ray and DVD Third Window Films. During this season I will also review Vital, A Snake of June, and Tokyo Fist. Last year I reviewed Nightmare Detective as my Halloween film.