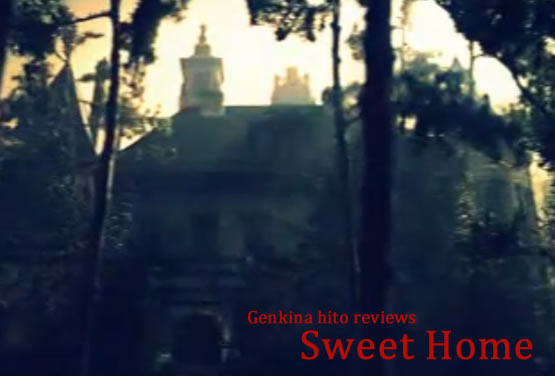 Kiyoshi Kurosawa is one of my favourite directors so the chance to catch one of his earliest films (thanks to a tip from Sadako’s Movie Shack) which inspired a game considered one of the forebears of Resident Evil¹ was too good to pass up.

A film crew consisting of Kazuo Hoshino (Yamashiro), his daughter Emi (Nokko), producer Akiko Hayakawa (Miyamoto), cameraman Ryō Taguchi (Hurutate) and art restorer/TV presenter Asuka (Koroda) head off to an old and abandoned mansion where famed artist Ichirou Mamiya is said to have painted a final undiscovered fresco inside shortly before his death. After entering the house they discover the fresco and Asuka sets about trying to restore it for a documentary but weird sounds can be heard all over the place and when Taguchi knocks over a creepy shrine a supernatural force is unleashed. Only local man Yamamura (Itami) seems to know the true nature of the curse but can he do anything to save the crew?

Sweet Home is a haunted-house movie. Its horror DNA is a mixture of traditional Japanese imagery like long-haired yurei and western influences like Poltergeist, and The Exorcist. As is to be expected for a horror film directed by Kurosawa Sweet Home is anything but sweet. With Kurosawa at the helm you can count on a film which supplies absorbing and creepy atmospherics. This time however instead of an intellectual ghost story what we get is a highly kinetic and mainstream movie which utilises special effects and broad acting to deliver a fun ride.

Kurosawa’s talent for mise-en-scéne provides a strong foundation for the action. The highlight of the film is the physical set which is really intimidating when coupled with Kurosawa eye for the use of lighting which, like many of his films, can reveal hideous sights. The place gave me actual chills. 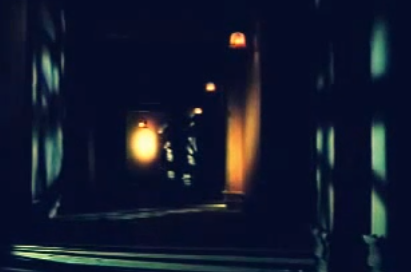 As soon as the film crew enters the house darkness becomes a major feature. The crew have torches but they only serve to illuminate small areas and reveal dust floating in the air and abandoned furniture. Voluminous darkness swallows up all details and characters have to venture along long corridors with deep wells of shadows. With so much darkness around the other senses take over for both the characters and the audience which is when Kurosawa uses the sound effects to add to the atmospherics. Weird sounds can be heard during painfully quiet moments when the film crew listen to the ambience of the house. In a great sequence timbers creak before a pause and the sound of wood being twisted and screaming out. 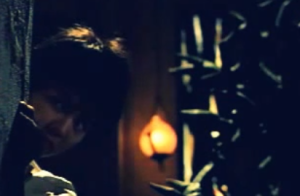 The moments when characters gaze into darkness which swallows up all light add chills to this light-hearted movie and I felt that distinct unease familiar from Kurosawa’s later films. And then the script, written by Kurosawa, inserts physical comedy. Not that this, or the simple plot and broad characters, breaks the atmosphere. Indeed, he irreverent feeling adds an interesting contrast to the events and when coupled with the simple plot and narrative, it makes the horror much more palatable for the mainstream.

Special effects come courtesy of Hollywood vet Dick Smith who worked on Scanners and The Exorcist. You can see the talent. There are some great make-up effects for our yurei which morphs from a low-key entity to a pretty awesome monster which reminded me of the creature from John Carpenter’s The Thing, all twisting flesh and painful contortions. Its victims also get some great visual effects treatment as they wind up as gooey melted bodies and there is even an Indiana Jones and the Last Crusade disintegration moment. The CGI is also good principally because it is integrated with the physical effects and set. There are morphing faces and a finale that takes place amidst a supernatural maelstrom but the real highlight is the way the shadows on the set are used.

Sweet Home is a fun title with great special effects that stand up today. It is well-constructed with many memorable moments and works the haunted-house genre well. Compared to Kurosawa’s later supernatural films which are far more calm and controlled this is energetic and aimed at a mainstream audience and aims to amuse.

¹ Sweet Home was a top-down action-RPG released on the NES by Capcom on the 15th December 1989. It has the same character and plot but includes battles, puzzles elements, and an inventory system. 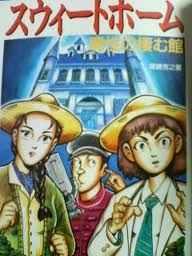