When I heard news that the character designer for the anime Kino’s Journey was working on a a new project, an OVA named One Off, I was pretty excited. While I resisted the moé vibes given off by the first trailer I did enjoy the art. Now the Japanese movie studio Shochiku has started streaming a second trailer.

The story focusses on Haruno Shiozaki, a second-year high school student who lives with her parents at their remote country boarding house in the highlands. She finds life boring and longs to live in the city. Her only joy is brought to her by her scooter, Honda’s Giorno. This will all change after a fateful meeting at the boarding house. 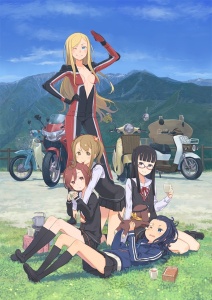 Haruno is voiced by Saori Goto (Kukura in Joshiraku). She will be joined by Saori Hayami (Miho in Bakuman, Saki in Eden of the East), Eri Kitamura (Karen Araragi in Bakemonogatari/Nisemonogatari), Yu Kobayashi (Nice Holystone in Bacanno!), and Sayuri Yahagi (Akechi in Oda Nobuna’s Ambition).

The director is Junichi Sato who has been involved with anime as diverse as Aria the Natural, Gegege no Kitarō, Princess Tutu and Slayers Premium. Shigeru Kimiya (Master Keaton) is acting as chief director. Original character designs come from Kouhaku Kuroboshi who designed Kino’s Journey and Sky Girls. His designs will be adapted for the OVA by Atsuko Watanabe (Acchi Kocchi, GA: Geijutsuka Art Design Class). Masashi Suzuki (Tactics and Hell Girl) is writing scripts. Kenichi Tajiri (tsuritama, Aria the Origination) is the art director while music is provided by Takashi Harada (A Tree of Palme). The theme song which can be heard in the trailer comes from Nino and Round Table who worked together on the magnificent opening for Welcome to the NHK. Production is by TYO Animations (Tamayura). 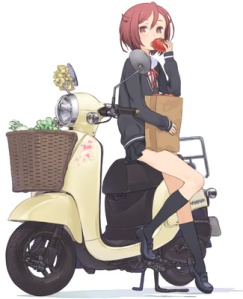