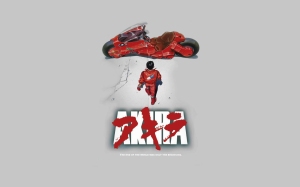 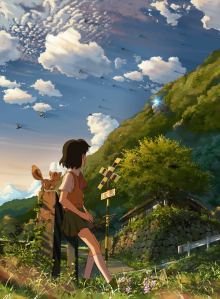 From Up on Poppy Hill

Based on Chizuru Takahashi and Tetsuro Sayama’s 1980’s shoujo manga, the film is directed by Hayao Miyazaki’s son, Goro Miyzaki who directed the underrated Tales from Earthsea. Check out Otherwhere’s review if you want a more detailed and interesting analysis.

Set in 1963 in the run up to the Tokyo Olympics this coming of age tale takes place in Yokohama and follows the life of a high school girl named Umi Komatsuzaki. Her father, a sailor, is missing and her photographer mother travels frequently so she helps run a lodging house with the rest of her family. Umi’s efforts to protect the lodging house draws new emotions from her friendship with two boys, Shun Kazama, a school newspaper member and Mizunuma, student council president.

I’m not a FMA fan but I’m in the minority because a lot of people love this show. The BFI have gone the extra mile and managed to secure the director, Kazuya Murata, and the producer, Masahiko Minami, for a Q&A that will happen after the screening. Great stuff!

When state alchemists Edward and Alphonse Elric follow a fugitive alchemist to a valley inhabited by the Milos they find themselves in the middle of a rebellion. The milos chafe against the oppression of the state and are being lead by Julia, a young alchemist who is determined to raise the status of the Milos and return them to their former glory.

This is a movie adaptation of a hugely popular manga and anime.

Edo period Tokyo has been taken over by Aliens! Mankind has been conquered! After the proud samurai have been defeated they have had their swords confiscated and have been ‘reduced’ to working for a living. Enter former Samurai Sakata “Gin” Gintoki or ‘Odd Jobs Gin’ who will forfeit his dignity just to get paid. In this tale Gin becomes embroiled in the hunt for a legendary master-sword.

A Letter to Momo 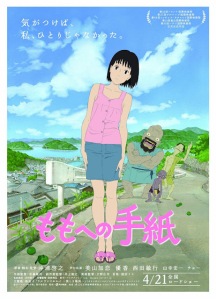 Production I.G.’s film A Letter to Momo is getting excellent reviews and being compared to Studio Ghibli’s works. Anybody with any interest in anime will recognise the major production talent or the projects and studios they have worked on. Director Hiroyuki Okiura has written and directed this. It is his first movie since the magnificent Jin-Roh: The Wolf Brigade. The animation and background has been handled by Ghibli chaps Masashi Ando (Princess Mononoke, Spirited Away) and Hiroshi Ono (Kiki’s Delivery Service) respectively and the project has animators from a myriad of other high-profile titles like Evangelion, The Sky Crawlers, Tokyo Godfathers and Summer Wars.

This is a 3D-CG movie from Production I.G. 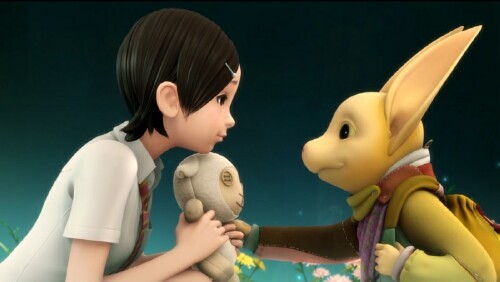 When we reach adulthood and our childhood treasures are forgotten and disappear, where do they go? Apparently fantastical creatures from another dimension gather them up and takes all of these items to Oblivion Island. Haruka, who lost her mother at an early age, visits a shrine to pray for the return of a mirror she received from her mother. While at the shrine she sees one of these creatures and follows it.

The Princess and the Pilot 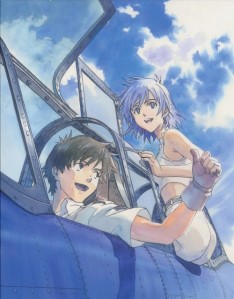 This is Madhouse studious movie adaptation of Joroku Inumura’s 2008 light novel and features staff who have worked on major titles like The Girl Who Leapt Through Time, Ah! My Goddess!, and Gankutsuou: the Count of Monte Cristo.

The story takes place in a world divided between two powers at war and focuses on issues such as empathy and love between people of different social status. Main protagonist Charles Karino, a Revaamu Empire mercenary who flies a two-seater seaplane named Santa Cruz receives an assignment: to fly solo over 12,000 kilometres of enemy waters to protect a girl named Fana del Moral who is the next in line to the empire’s throne.

Great stuff! For more information on how to book tickets visit the site. For now it looks like you’ll need to sign up for a BFI membership but tickets go on sale to the general public on Tuesday 8th May and the box office opens at 11.30am everyday.