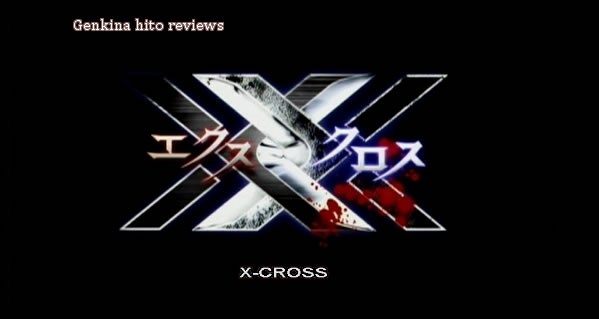 X-Cross is a fun little thriller that sends two young urban girls into the wilderness to run a gauntlet of weird cultists and a vengeful, colourfully dressed woman.

Shiyori (Matsushita) is suffering a serious case of a broken heart and so she heads to Ashikari village in the country to recover at some hot springs with her best Aiko (Suzuki). Little do they know that their relaxing time will turn into hell as they get stalked by a stranger in gothic-lolita outfit named Reika (Maju Ozawa) and their log cabins will come under siege from the local population who are a cult with a fetish for cutting off the left legs of women. Shiyori and Aiko will have to work together via their mobile phones to escape.

Noboyuki Joko’s horror novel is adapted for the screen by some big names with Tetsuya Oishi (Death Note/One Missed Call) writing the script and Kenta Fukasaku (Battle Royale 2) directing. The plot is delivered in non-sequential order and split up into chapters as it flashes between the Aiko and Matsushita. This free flowing of events gives the film a feeling of energy and fun while also giving a degree of mystery to events.