With the 4th Terracotta Far East Film Festival kicking off next week now is the time to take a gander at the full line-up. This festival is London’s premier celebration of film from the Far East and shows a selection of the latest and most interesting titles getting on the big screen as well as bringing over the big names from the cast and crew of the films for Q&As and master-classes and parties. This year there are a selection of great titles from Taiwan, Burma, China, South Korea and Japan. On top of live action films there is even anime.

The Terracotta Far East Film Festival is also an event to socialise and a platform for Asian culture at all levels; for this purpose the organisers have organised a new FOOD PASS, giving access to a number of restaurants in Chinatown. There will be other related events such as photo exhibitions and competitions announced on social network sites.

Joey Leung, festival director says: “New look, same ethos. We worked with our creative agency, What is Bobo, to roll-out the re-brand of the festival with their ‘pixels’ concept. This lends maturity and longevity to our festival positioning, fitting now that we have passed the infancy of our festival and into our fourth edition.”

Here is the full line-up of films!

My Way is the latest film from Kang Je-Kyu who directed the awesome action picture ‘Shiri’, and tells the story of two marathon runners, one Korean and one Japanese during Japan’s colonisation of Korea who are drafted into the Japanese army, and develop a close friendship through battles in Russia and Germany. It stars familiar actor Jo Odagiri (Bright Future, Adrift in Tokyo) and Jang Dong-gun who seems to have survived The Warrior’s Way.

One Mile Above UK premiere

A story that follows Shuhao who aims to cycle from Yunnan, Chia to Lhasa, Tibet to honour his dead brother’s memory and allow him to pass into the afterlife. It is a tough journey but one that will see him team up with a friend, Li Xiaochuan, and visit some beautiful sights…

With the onset of political change in Burma Wang Xing-Hong returns home but feels like a stranger. Through Wang Xing-Hong the film explores the true state of Burma.

UFO In Her Eyes UK premiere

Kwok Yun lives a peaceful life in a remote mountain village until she sees a UFO. Then she finds herself as part of a mad-cap tourism scheme cooked up by village leader Chief Chang who wants to start UFO tours and welcome American tourists.

From Up On Poppy Hill UK premiere 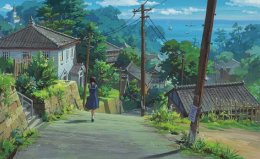 Based on Chizuru Takahashi and Tetsuro Sayama’s 1980’s shoujo manga, the film is directed by Hayao Miyazaki’s son, Goro Miyzaki who directed the underrated Tales from Earthsea.

Set in 1963 in the run up to the Tokyo Olympics this coming of age tale takes place in Yokohama and follows the life of a high school girl named Umi Komatsuzaki. Her father, a sailor, is missing and her photographer mother travels frequently so she helps run a lodging house with the rest of her family. Umi’s efforts to protect the lodging house draws new emotions from her friendship with two boys, Shun Kazama, a school newspaper member and Mizunuma, student council president.

Gyo is one of the most well known stories from legendary manga-ka Junjo Ito (Tomie, Spiral) who is no stranger to having his weird fiction on the big screen as the numerous Uzumaki live-action film shows. Directed by Takayuki Hirao (Garden of Sinners) and produced by anime studio Ufotable (Garden of Sinnersi, Coyote Ragtime Show) the story conerns a young couple visiting Okinawa and its beautiful beaches when they find themselves caught in the middle of a land invasion by dead fish.

J-horror classic Ju-on tells the tale of a series of people inected with a supernatural curse born from a powerful rage. When volunteer social worker Rika (Megumi Okina) calls at the house of a client she discovers a ghostly presence and unleashes a horrifying evil which consumes anybody who sets foot inside the house. The story is then told from multiple viewpoints as different people find themselves subject to the curses evil effects. This was the first theatrical movie that Takashi Shimizu made and it is arguably still the best in the series. Seeing it on the big screen will make it all the more terrifying.

Questionable use of the recent Fukushima disaster ? You decide. When the Tohoku earthquake and tsunami damaged Japan’s nuclear reactors it also altered the genes of the influenza virus.Taiwan soon finds itself the home of an outbreak of zombies. With the army and police losing control people from all walks of life have to band together to survive.

Is Kim Ki-duk a genius or overrated? I’ve seen both opinions explored in film magazines  but I have yet to decide myself because I found both “3 Iron” and “Spring Summer Autumn Winter… And Spring” artistically interesting but unmoving. This project looks fascinating. After a scene depicting a suicide nearly kills an actress in his last film Kim Ki-duk suffers a breakdown. This documentary reveals his struggles to make a comeback to the world of film making. Winner of ‘Un Certain Regard’ Award at Cannes Festival 2011.

The Woodsman and the Rain European premiere 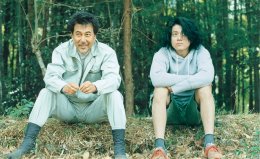 Shun Oguri plays a movie director named Koichi. It’s his first project and it involves filming in a mountain village named Yamamura. The cast and crew find themselves helped by the villagers including a reluctant volunteer, lumber-jack Katsuhiko played by Koji Yakusho, star of numerous Kiyoshi Kurosawa classics like Cure. Shun Oguri and Koji Yakusho are great actors. Also in the film are the equally good Tsutomu Yamazaki and Asami Usuda. 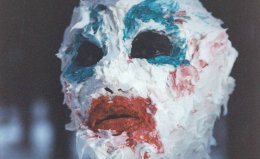 An intensely visual tale of a young man named Ryoichi who abandons modern life to live in a cabin in the snowy wilderness of Japan and send bombs to corporate CEOs and TV networks. One day he is confronted by a creature in the forest and his dead brother appears at the cabin in order to take Ryoichi beyond reality.

This is based on the real life “Wushe Incident” which involved the rebellion of native Taiwanese tribes named Seediq against Japanese colonial rule by launching a guerrilla war and targeting government officials as part of a coup.

A remake of the Japanese film A Stranger of Mine, this is a cross between rom-com and caper movie with overlapping stories and multiple deceptions. When café Yoo-suk’s (Kim Ju-Hyuk) girlfriend Na-ri (Lee Si-Young) disappears he enlists the help of a private detective friend and goes in search of her only to wind up constantly bumping into female police officer Ae-yeon (Lee Yoon-ji) and striking up an unconventional friendship.

A comedy about a middle-aged married couple who each pursue their lost dreams. Small-time lawyer  Jung-min (Hwang Jung-min) is married and supported by his glamorous and beautiful wife Jung-hwa (Uhm Jung-hwa) who teachers aerobics to elderly women but after saving someones life he finds himself granted the opportunity to run for the mayorship of Seoul while Jung-hwa tries her hand at Superstar K (The Korean version of American Idol).

A dark comedy involving a suicidal 30 year old named Li (Wu) who finds his suicide attempt foiled by American ex-pat Chuck (Kevin Spacey). The two form a friendship which sees Chuck help Li with his personal problems with work, a successful but emotionally volatile reporter girlfriend all while patrolling the streets dressed as superheroes.

Junior high school kid Yuichi Sumida (Shota Sometani) wants a quiet life but his mother (Yukiko Watanabe) comes home with different men every night, and his drunken, hate-filled father (Ken Mitsuishi) only pays him visits when he needs money. Yuichi carries on running the family boat rental business and lives surrounded by homeless people who are victims of the tsunami. Meanwhile at school he is ignoring class-mate Keiko Chazawa(Fumi Nikaidō) who has a massive crush on him. Things get tough when his mother abandons him and Kaneko (Denden), a Yakuza loan-shark, shows up looking for Yuichi’s father and ¥6 million. Pushed to breaking point by his situation Yuichi finds himself unable to control his anger and a series of events leads him to the brink of madness.

This film blew me away. It is one of the best I have seen all year with two of the best new talents to emerge in acting  in the forms of Shota Sometani and Fumi Nikaidō. I urge you to see it in a cinema. It had its World Premiere at the 2011 Venice Film Festival where it played In Competition and the lead duo of Shota Sometani and Fumi Nikaidō took home acting awards. Third Window Films will release a DVD version later this year. As an added bonus the acting legend that is DenDen will be on hand to introduce the film and take part in a Q&A.

For information including times, locations, and ticket purchasing information please visit the site!