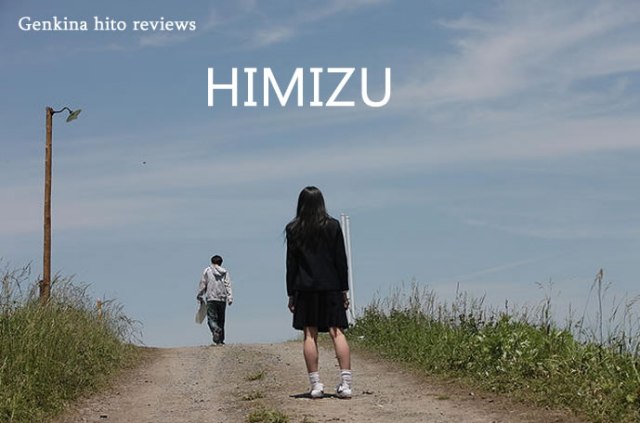 Himizu is Sion Sono’s adaptation of Minoru Furuya’s manga of the same name. It involves tough subject matter like child abuse, murder, and the Tohoku earthquake and tsunami, but it is ultimately a redemptive and moving exploration of life, identity, and the will to live in an unfair world.

Junior high school kid Yuichi Sumida (Shota Sometani) wants a quiet life but his mother (Yukiko Watanabe) comes home with different men every night, and his drunken, hate-filled father (Ken Mitsuishi) only pays him visits when he needs money. Yuichi carries on running the family boat rental business and lives surrounded by homeless people who are victims of the tsunami. Meanwhile at school he is ignoring class-mate Keiko Chazawa (Fumi Nikaidō) who has a massive crush on him. Things get tough when his mother abandons him and Kaneko (Denden), a Yakuza loan-shark, shows up looking for Yuichi’s father and ¥6 million. Pushed to breaking point by his situation Yuichi finds himself unable to control his anger and a series of events leads him to the brink of madness. 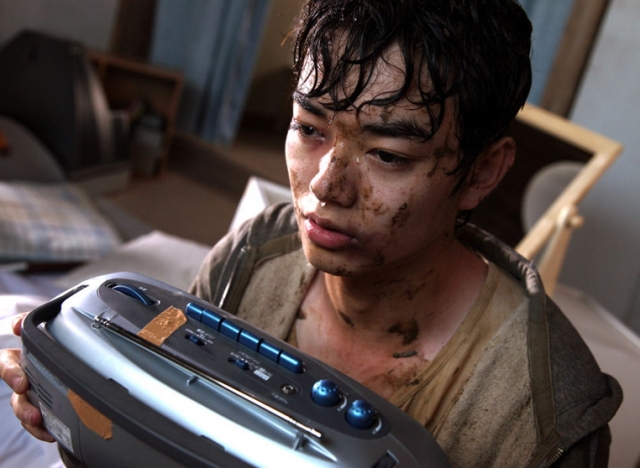 Sion Sono’s films usually carry the tropes of bad parents, abuse, violence, and existential confusion but there is enough black humour and outlandishness to lighten the impact. The audience does not get that here. What we get is an extreme view of the dark side of a modern Japan and the existential soul searching that needs to take place to build a new future and a lesson in never giving up on life.

“Nobody can touch my future!” 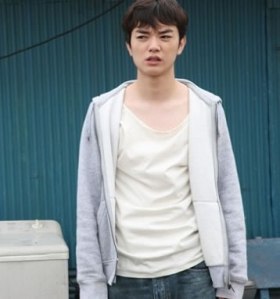 Himizu features an existential hero in the form of Yuichi Sumida who tries to live an authentic life and does not take up social masks. He has the bravery to challenge his teacher by amusingly rejecting the official message of living your dreams with an enthusiastic reply of “Ordinary is the best!”

He is determined that his existence, his decisions and choices, should be focussed on growing up into a respectable man and living a quiet life renting out boats. Himizu is actually a reference to a breed of moles found in Japan. Clearly Yuichi would like to be left alone. Unfortunately his background is one soaked in parental abuse and indifference and it is this he has to transcend to make his dream come true. Fighting alongside him is Keiko.

“I watch Sumida from a distance. I’m a stalker.” 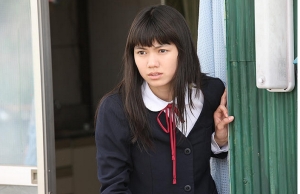 dismiss it as manga cliché -her views that she can find happiness by being a dedicated wife reinforce that feeling. Her initial approaches towards Yuichi meet with amusing indifference but when he strikes Keiko and her character hits back with the Haiku game where she takes a beating and gives it out you realise it reflects the behaviour of a person used to violence while her insistence at clinging to Yuichi reflects a certain desperate need to escape. Behind that school girl smile is pain.

As the story unfolds the two endure whatever life throws at them and stick to their ideals or search for new ones. You realise that the intensity of the film evokes a mood of  heightened emotions close to melodrama because Sono wants us to feel the struggle that Yuichi and Keiko go through so we register the growth their characters undergo and you will them to survive life. Watching to see if they do or not is truly harrowing.

Unlike Love Exposure which featured hilarious brawls the violence here is realistic and brutal, painful to watch. Seeing kids and adults get hit is never easy and it is worse here because of the absence of comedy and the fact that you feel the weight in every punch and the sting of every slap. When Yuichi finally snaps under pressure there is a long and messy struggle along the river side which is captured in a masterful crane shot in one single serene take that observes the fury that explodes from Yuichi. The following scenes caught by a probing digital camera intimately captures his bafflement over what he has just done and anger over the realisation that he has effectively derailed his dreams of leading a normal life.

“I have pride despite my dismal circumstances!” 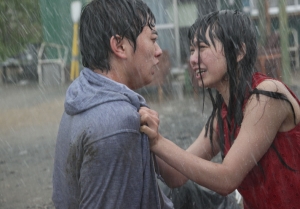 The impact of the March 11th earthquake and tsunami and the ensuing Fukushima disaster is referenced. These were not in the original manga and Sono weaved them into the movie so it hovers in background news reports that constantly warn of high levels of radioactivity. It emerges in the changes to some of the characters because gone are the original group of snot-nosed goofy schoolboys who surrounded Yuichi as they are replaced by homeless people affected by the tsunami. Sono hammers the references home with scenes of actors wandering around the disaster hit areas complete with the skeletal remains of buildings and mounds of rubble surrounding them. The sight of the destruction is a terrifying testament to the power of the disaster. The scenes are accompanied by the sound of Geiger counters and a menacing rumbling reminding us the events even more. It feels like a natural part of the film and added to the theme of enduring whatever life throws at you.

With a two hour running time and a wandering narrative that goes on diversions it might have been too much to take but thanks to the lead performances of Shota Sometani and Fumi Nikaidō you get pulled through to the end. They both took home the Marcello Mastroianni Award for Best New Young Actor or Actress at last year’s Venice Film Festival and it is easy to see why. 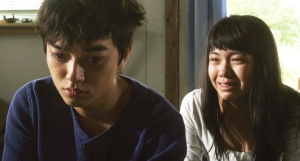 Shota Sometani is going to be a really brilliant actor. We have to witness his transformation from handsome and smooth schoolboy through existential crisis and over that period he has to suffer the anguish of parental abuse and neglect, a severe breakdown in character and the then rebuild himself. Can he transcend his facticity or will he fall? It is always a knife-edge thing and I bought every gripping second of it.

Fumi Nikaidō overcame the comical manga cliché of the school-girl to give a performance of great emotional depth. Initially perky, pretty, punkish, and warm-hearted it gave way to a person clinging bravely to dreams and always planning for a future – one that she intends to shape. When you realise the background she comes from you wonder who the stronger of the two is. I think she will make it big like Sometani.

Amusingly it is veteran actor Denden who gets one of the most important lines when he reminds our hero, and the audience, about one of the more important facts of life which is that we always have choices but at times of stress we just cannot see them. 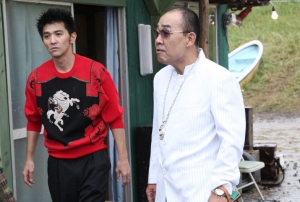 Technically the film is intense. The soundtrack has to be heard in a cinema. Whether it is the rumble of distant waves and shaking earth, the cacophony of the geiger counter or Mozart’s Requiem playing over emotional scenes I was always moved. The framing of every scene and the camera movement and editing did a lot to convey the dynamism needed to make everything exciting and even if scenes repeated themselves too often or went on for too long I was never bored.

Himizu is tough, violent, and angry. It is a celebration of the will to live and a rallying cry for anybody in a tight situation as well as a nation that has suffered disaster. I cannot say I loved it because there is so much anger and hurt on screen but I found it challenging and emotionally powerful and as the final scene played out I was in tears and I realised that I had been on a truly gripping emotional ride. 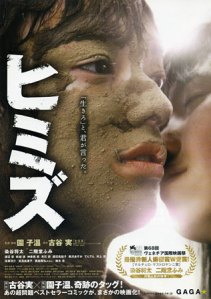