A few weeks ago I completed work on the Spring preview on Anime UK News. There are something like 33 shows getting a premiere in April and most of them consist of bishōnen, ecchi, moe and other elements that I dislike. Looking over the list I felt alienated.

I can’t tell if the high presence of such elements is a cynical marketing ploy to guarantee sales of DVDs, body pillows and other assorted merchandise to an otaku audience or a sign of creative bankruptcy but I felt alienated. I grew up watching Vampire Princess Miyu, Patlabor, Ninja Scroll and Dominion Tank Police – a diverse range of shows that catered for a large audience and provided great stories and characters to boot. I know I’m not the primary audience for anime but I do like to support the industry by buying titles an so I would like to see more shows aimed at a more intelligent and discerning audience who don’t want to see bouncing breasts and crotch-shots or moe girl assault rifles. I guess what I’m saying is I’d like more seinen shows like Monster, Master Keaton, Paranoia Agent and Berserk (I got on the bandwagon rather late with this one!). At the end of this post there will be a collecton of AMV’s using old school anime which will reveal a tiny fragment of what I grew up watching in the 90’s. Ugh, I feel so old.

It’s not all doom and gloom because there are some genuinely interesting shows which I’ll probably watch for at least one episode. Here are my picks of the shows that don’t look so bad! How underwhelming. 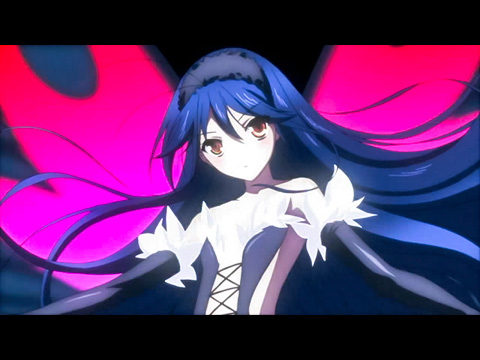 I’m willing to give this one a shot base on the trailer alone. The subject matter doesn’t really blow me away but it comes from studio Sunrise and I’m open to anything they make.

The story of Accel World takes place in 2046 and follows bullied middle school student Haruyuki who encounters Kuroyukihime, the prettiest girl in school. She hands him a mysterious piece of software which turns Haruyuki from the weakest of the school caste to the strongest, a “Burst Linker,” a knight defending a princess. 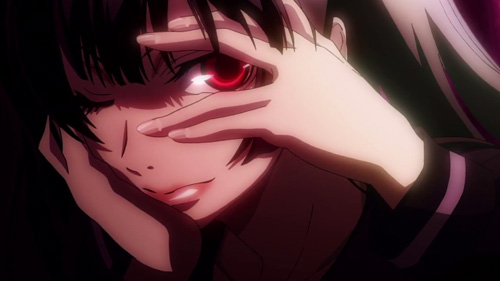 I’m currently in love with Another and the prospecct of more atmospheric supernatural stories is too good to be missed.

The story takes place in Seikyou Academy, an old school which has been undergone numerous renovations over the years and has become labyrinthine. It is also the site of strange events and well-known ghost stories including a mystery surrounding how a girl named Yuuko died due to a mysterious occurrence. One day, while lost in the school, a freshman named Niiya Teiichi stumbles into Yuuko. He has the ability to see her in spirit form and he listens to her story about how she became a ghost and lost all of her memories and vows that he together they seek the cause of her death with the help of a mystery solving club set up by Niiya. 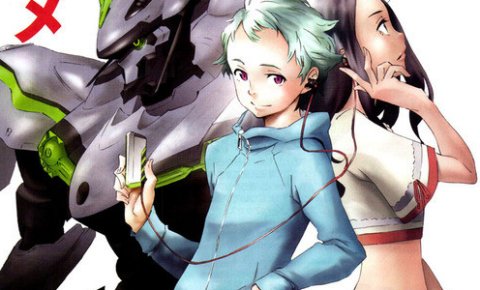 Haven’t wathed the original Eureka Seven but I liked the look of this trailer so I might give this one a shot.

Eureka Seven Ao has follows to major protagonists: Ao Fukai is a kid on the island of Iwado. His mother and father are missing and he lives with an old doctor named Toshio and he’s about to enter middle school. Naru Arata is Ao’s friend. She lives with her father, older sister, and grandmother. She also has a “Yuta” power awakened within her due to an incident when she was young. She might need to use her power because a mysterious creature is attacking the Scrub Coral life-form on the island and Ao is part of a Japanese military fight-back. 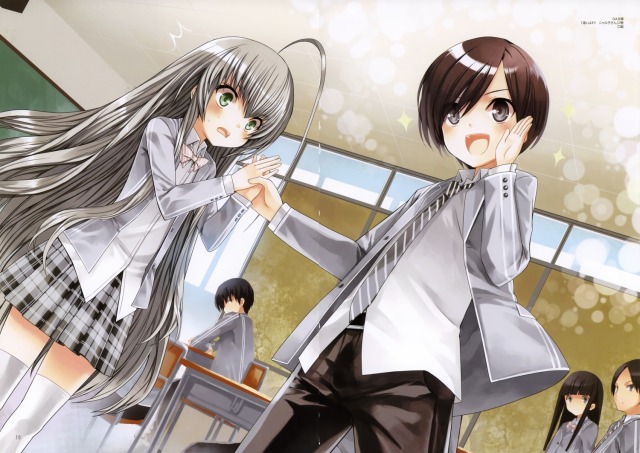 I’m a big Lovecraft fan so I’m willing to give this show a go even if the Cthulhu mythos has been given a moe make-over.

Nyaruko is the formless Cthulhu type deity of chaos known as Nyarlathotep who takes the form of a silver-haired girl. Mahiro Yasaka is a normal high school boy. One night Mahiro is chased by aliens when Nyaruko steps in. 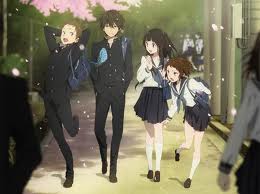 Yet another high school setting but this one has an interesting story.

Oreki Hotaro is a passive high school boy who enters the classic literature club as recommended by his older sister. There he meets a Chitanda Eru, Fukube Satoshi and Ibara Mayaka and together they investigate a mysterious case from thirty years earlier which involved previous members of the club.

Oh look, another anime set in a high school. The synopsis is so strange that I’ll give the first episode a glance.

Tsubaki is your relatively normal high school kid until he meets a strange transfer student named Mikoto Urabe who is antisocial and likes to sleep during class breaks. One day, Tusbaki tries to wake her up and accidentally tastes her drool and becomes addicted to it… which leads to him going out with her and discovering more about her which includes her second hobby of carrying around scissors in her panties and cutting paper into flowers. 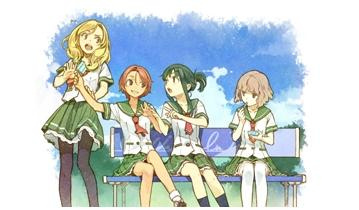 Oh look another high… you get the picture. It has Seiji Mizushima in the director’s chair and I enjoyed his last anime which was Un-Go a lot.

Set on a future earth where the environment has been wrecked by the sun’s radiation, the main protagonist is Sam Coin, a trader in one of Earth’s many deserts. When he saves the life of a beautiful woman named Maya he finds himself chased by government forces and their cloned soldier named “Ideal Children”. 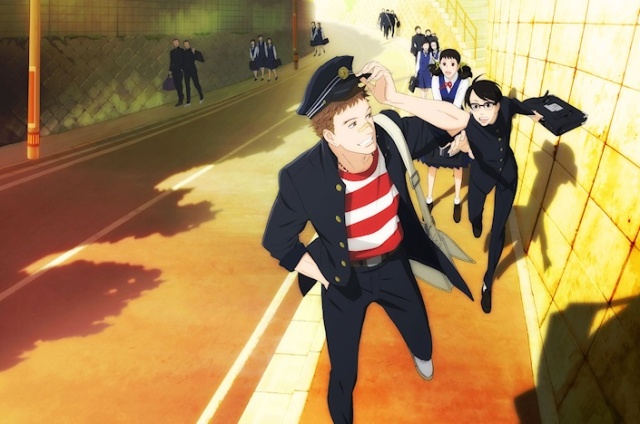 I listen to Jazz as my review for Chico & Rita revealed and this project ssees Shinichiro Watanabe reunite with Yoko Kanno for the first time since the awesome Cowboy Bebop movie.

It is the 1960s and the story focuses on Kaoru Nishimi, a smart but naïve young boy who has had to move around Japan a lot due to his father’s job. His circumstances make him something of an outcast but at his latest school he starts to get close with class president, Mukae Ritsuko, and bad boy Sentaro Kawabuchi who tends to skip class and get into fights. What unites the three is their shared love of jazz! 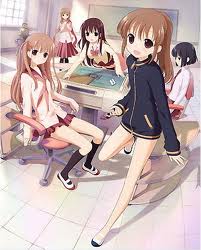 I’m hoping this turns out like Kaiji with extreme imagination used to make a game that would bore audiences look exciting. I’ll give this one a shot.

The Achiga Girls’ Academy once had a mighty mah-jong club but it was disbanded after a defeat. Shizuno Takakamo wants to revive it after being inspired by her friend Nodoka Haramura and her achievements which are broadcast on television. 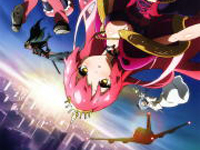 This historical anime story takes place during the tumultuous period of Japan’s history known as the Sengoku Era. Various factions strive for power and part of this struggle is the search for treasures that contain God of War Cards. Two major figures from this period are Oda Nobunaga and Tokugawa Ieyasu. And they have both been reimagined as female versions! 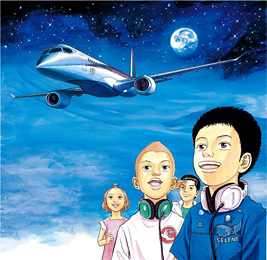 The live-action film is coming out just after this gets a premiere so I’ll watch a bit of the anime just so I have extra to talk about when posting trailers and what not.

Two brothers, the eldest named Mutta and the youngest named Hibito, once saw what they thought was a UFO heading to the moon and decide to become astronauts. Only Hibito makes it while Mutta lives a traditional life working for a car company. Until he gets fired and finds it hard to get a job. Mutta decides to reignite his dreams. 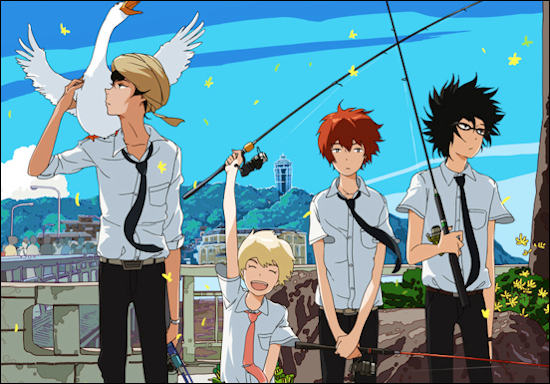 Tsuritama is directed by Kenji Nakamura who helmed the awesome Mononoke so I’ll definitely watch the first episode.

Adolescence, sci-fi and fishing – Tsuritama concerns the lives of four high school boys on the island of Enoshima. The first, Yuki Sanada, lives with his French grandmother and is uncommunicative and has not got a single friend. One day he meets Haru, a boy who thinks he is an alien and is visiting earth to indulge his love of fishing. They are soon joined by Natsuki and the mysterious Indian Akira who has a friend named Tapioca. Who is a duck. Just as they happen to kick things off together the island becomes the stage of an event that will affect the earth. 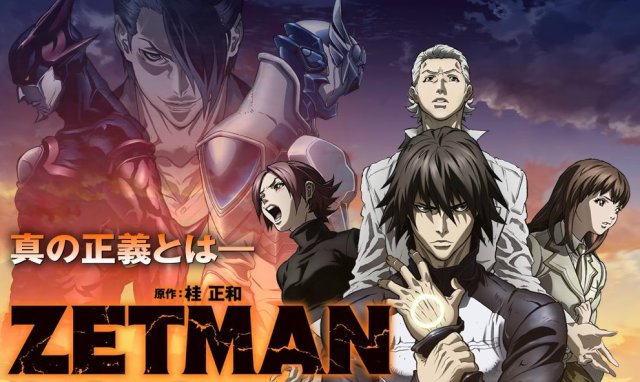 A synopsis which makes me think of old-school anime like Devilman. It’s not set in a high school so I’ll check it out just because of that.

Jin is a poor kid living with his grandfather and other destitute people near a river. The only thing strange is the angel mark on his hand. Then, one day, his life changes forever when a monster known as a ‘Player’ appears and starts to massacre the riverside residents. Jin has to do something and transforming into Zet might be a good idea.