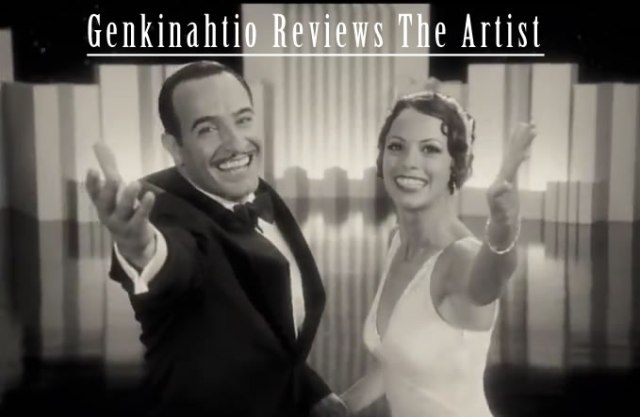 The Artist has been gaining so much critical acclaim from nearly every quarter over the last few months that it seemed almost inevitable that it would feature in many award shows and with a total of ten nominations at this year’s Academy Awards now is the best time to write up this film.

1927 Hollywoodland, matinee idol George Valentin (Jean Dujardin) is a major star and living the high life after another successful film. He has it all: a successful film career as a silent star, a mansion, loyal chauffer named Clifton (James Cromwell) a beautiful wife (Penelope Ann Miller), fawning fans and arrogance. But silent films are on the way out and it’s time to make way for the young, the new. The talkies! Yet he doesn’t see this and when his studio boss (John Goodman) offers him a lead role in a talking picture he turns it down which proves to be the start of his troubles. Meanwhile young actress Peppy Miller (Berenice Bejo), who Valentin helped get into the picture business, is a fast-rising star much to his chagrin. Can he overcome his ego and can they help each other out?