Based on a series of original detective stories named Meiji Kaika Ango Torimonochou by Ango Sakaguchi,  the story takes place in the near future and focuses on a detective named Shinjūrō Yūki his assistant named Inga as the two work together solving mysteries. It was produced by the animation studio Bones and the production team of Un-Go consists of Fullmetal Alchemist staff veterans. So what is it like?

A car is on fire. It seems to have fallen into a ravine. A man lies on the ground. “Am I gonna die?” he gasps. Out of the corner of his gaze a woman replies, “You did die.” He is Yuuki Shinjirou, the last great detective or, as the media dub him, the defeated detective and the woman is Inga. 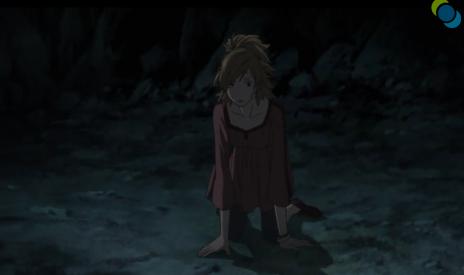 And so begins an anime that mixes near-future hi-tech adventures, crime, gender-bending, shady politics and censorship in a nicely animated slice of speculative fiction.